It's been a week of beams around here.  We have 12 new beams in our building plans not including the giant 22 ft. steel one that we put in last week.  We needed so many because we wanted to open up the floor plan so much, and any time we removed a load bearing wall we'd have to replace it with a beam.  Our Engineer managed to cleverly hide most of them in the ceiling by specifying "flush" beams.  Instead of the ceiling joists sitting on top of the beam with the beam then hanging lower, we have attached the ceiling joists to the sides of the beams with joist hangers.  Two of the bigger flush beams on the main floor are sitting on top of the steel beam which is why we couldn't hide that one in the ceiling. 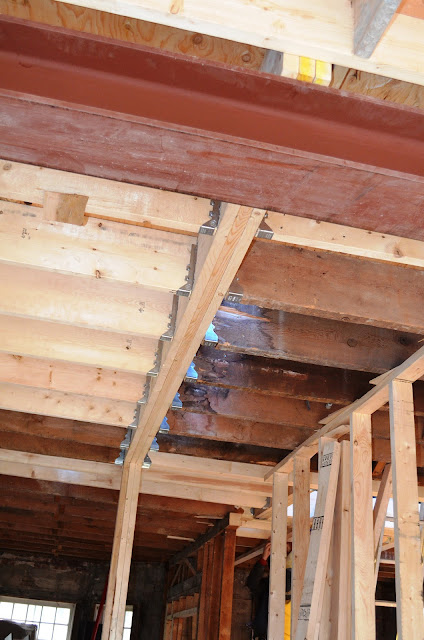 But look at how open the main floor is now!  The temporary supports are all down and you can really see how big this space is going to be.  This is the view from the back of the house looking towards the front door. 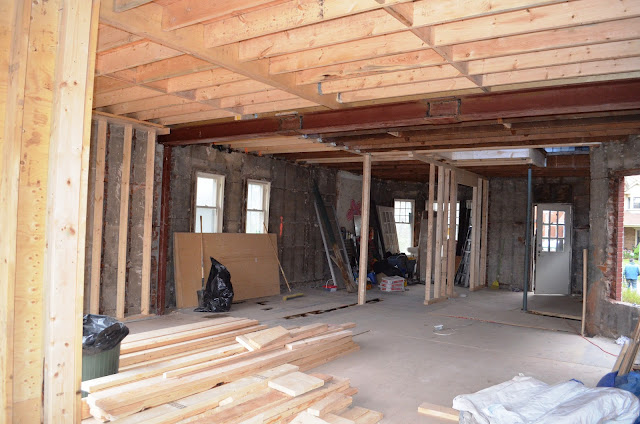 This is the view to the back of the house.  To the right will be the kitchen and to the left will be the dining room.  A small family room area will be in the back left corner in front of the big 8 ft x 6 1/2 ft window. 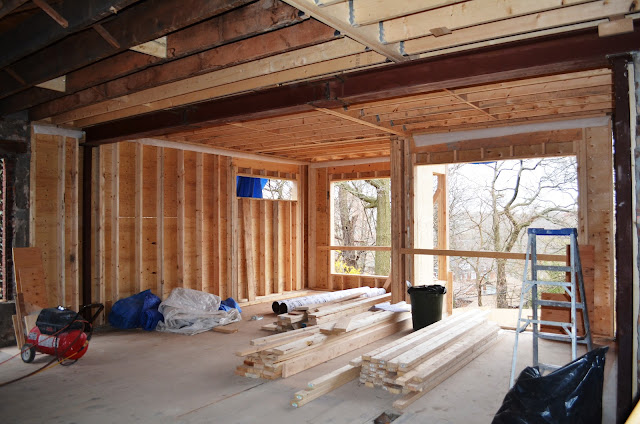 Beams went in on the second floor as well.  This is a big flush beam in the middle of what will be the master bedroom.  The big opening will be doors to a small balcony where we will hopefully be one day soon enjoying a nice cup of tea! 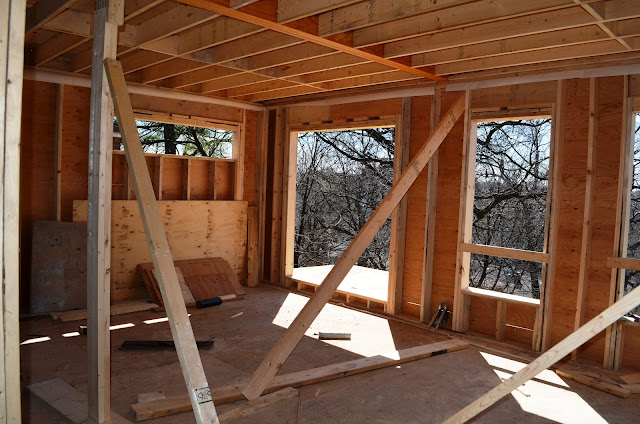 The stairs have been a huge headache this week!  We didn't originally intend to replace the basement stairs but have since dropped the basement floor by a few inches.  By doing this we get a bit of extra height throughout the basement, but have now totally messed up the stairs.  Once you decide to build a new set of stairs, you then have to comply with the building code which says we have to have a certain amount of head room going down (I think it's 6 ft. 3 in.-- a lot more than what we had anyway!).  But we couldn't get that head room with the space that was there so we had to do a lot of measuring and drawing and brainstorming of ideas. 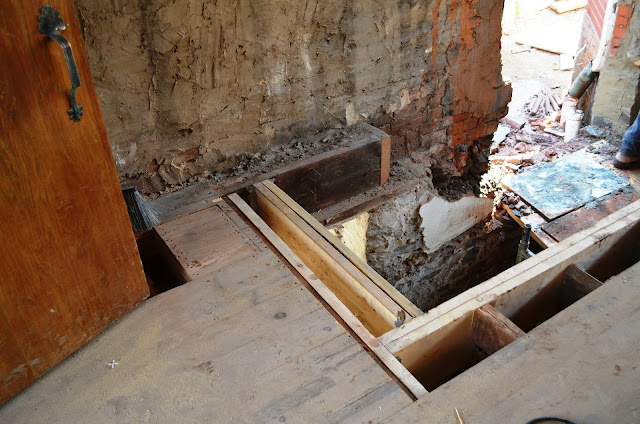 To fix the basement stair issue we decided to move the side door about 6 inches back so that we could then start the first stair 6 inches back from where it was.  This should do the trick.  Moving this door opened up another issue of how to finish the brick.  We decided in the end, to add a side light to the side door instead of trying to messily patch up the brick -- the brick veneer on this house has been nothing but a headache! 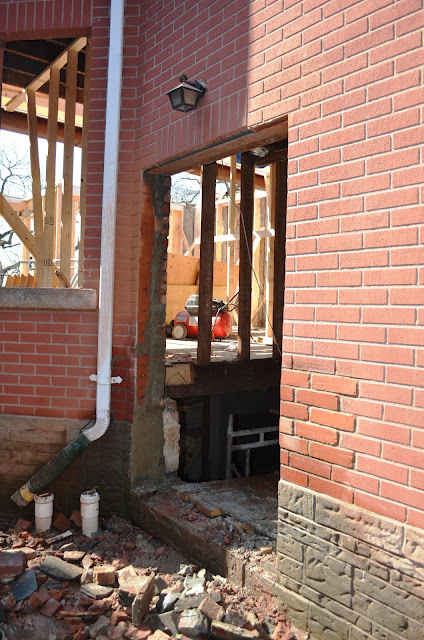 We put in new headers around the entire stair well and new posts that carry down to new footings in the basement.  All very straight and solid now.  Actually that's a temporary post there on the first floor.  The real one will be set right at the corner. 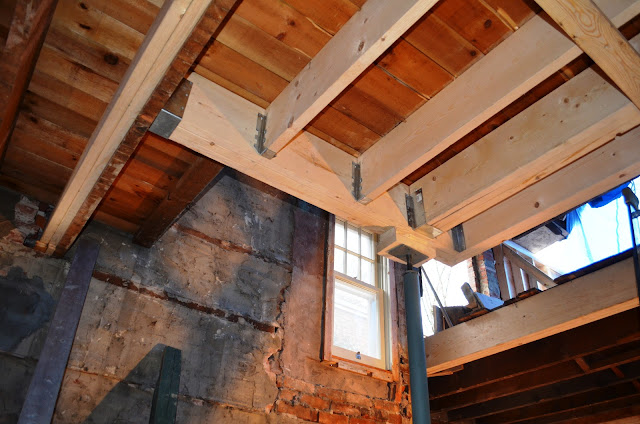 Next we'll have to design the new upper stairs.  I was hoping to do something simple and modern like this staircase.  I love the hidden stringers and that it's not over the top modern.  The handrail I think I'd like to do in glass but that can be decided later. 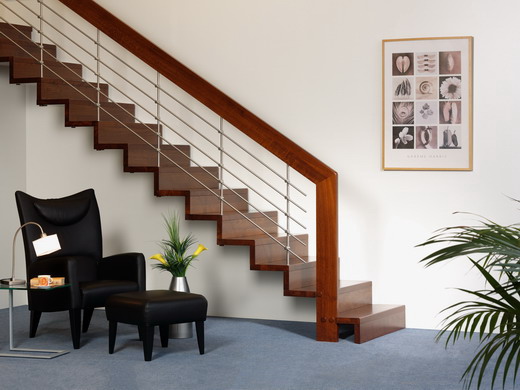 On a final note, we had our second inspection this week and again it went extremely well.  A couple of small issues have to be signed off by the engineer but that is underway already.  Both the inspector and the engineer commented on what a tremendous job our guys are doing.  Love hearing that!
Posted by Keira at 14:51