The big, heavy 22 foot steel beam went in this week.  It is a doozer!  Our engineer designed it for our building plans based on our load requirements.  This is fine and dandy on paper, but when it came to the logistics of getting that sucker up into the ceiling it was another matter entirely!  Even our engineer told us with a laugh that it would take 10 men to carry it into the house and that they might collapse the front porch doing it!  I laughed too at the time, but this week the reality of this set in.
So my dad came up with a plan to cut the beam into 2 or 3 pieces and to splice it together on site.  Originally he planned to do this with big bolts which I thought would look cool and industrial since we were planning on leaving this beam exposed.  But the steel company that makes the beam talked him into welding it together on site since it is (apparently!) much stronger this way.  Not nearly as cool.
Even with the beam cut into 3 pieces, it was still a lot of weight for 3 guys to get up onto the scaffolding and set into place. 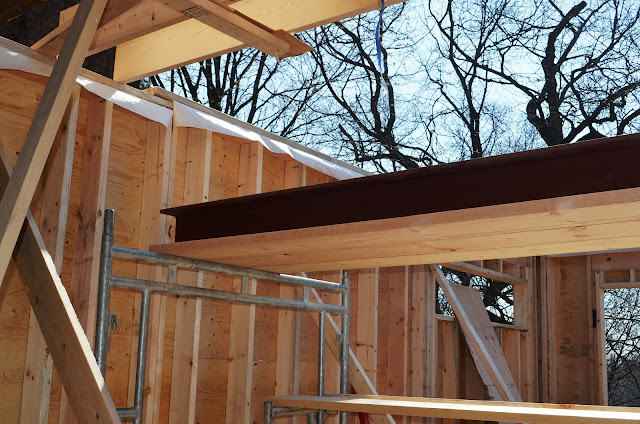 They had to have all three pieces in line and on the posts ready for the welder. 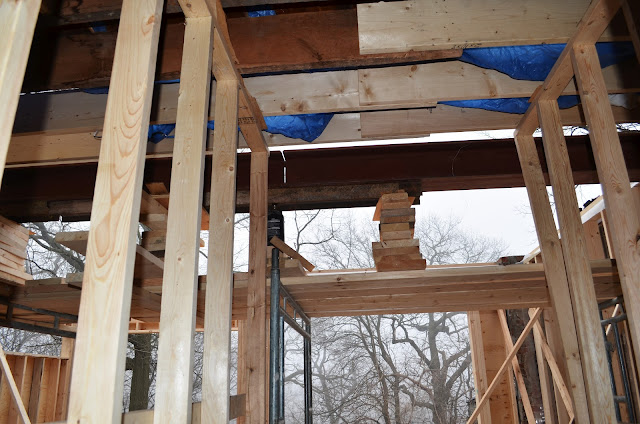 It took the welder 5 1/2 hours to do his job -- weld each piece together, weld plates over the cuts, and weld one side of the beam to one post (the other side was left free to allow for expansion and contraction but was set further over the post into the masonry). 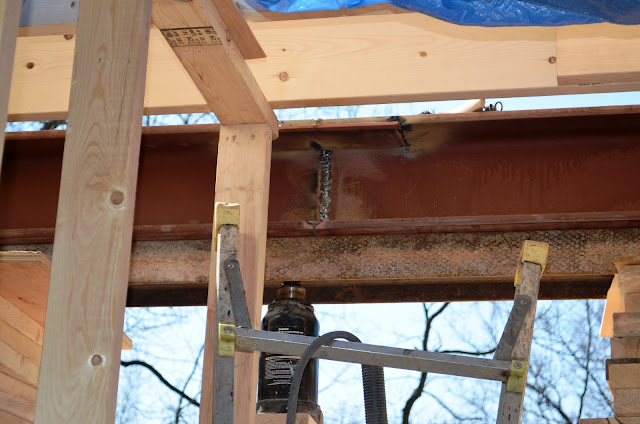 It's solid, but it doesn't look quite as good as I'd hoped it would. 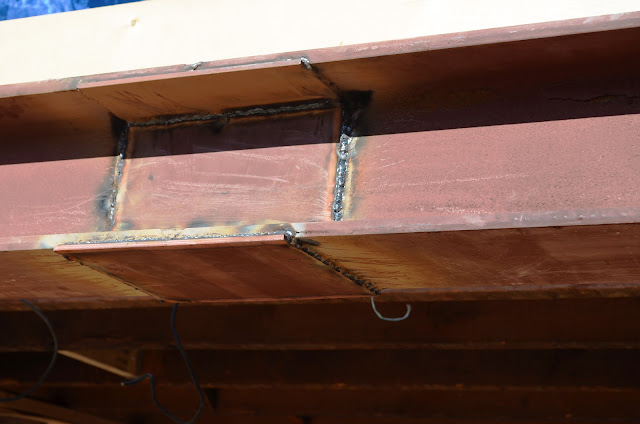 Even that rusty red colour is not what I expected.  I was hoping for a dark grey steel colour. 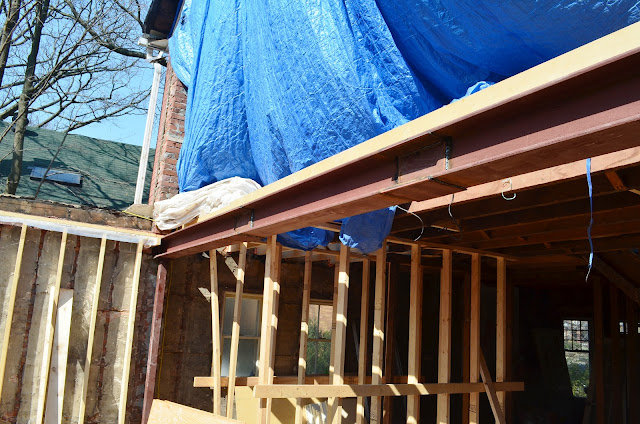 With the framing work that was done today you can see how the beam will sit below the ceiling joists.  Still looks good enough to leave exposed, I think.  We'll likely paint it though.  Thinking a dark grey to match the big back window and bi-fold door. 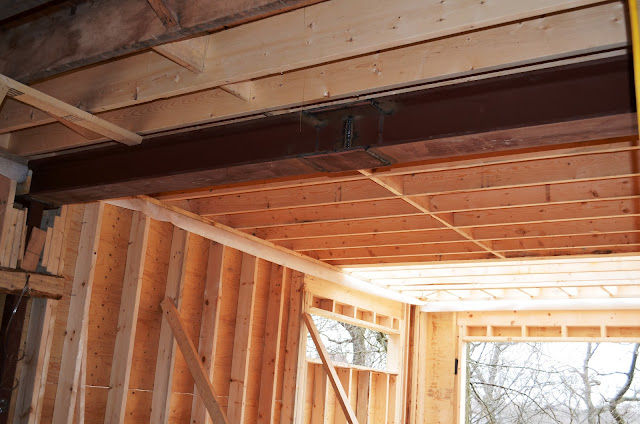