The start of framing

Our mason and framer have been in and things are starting to take shape.  Some old windows have been closed up, and others are being built or re-opened. 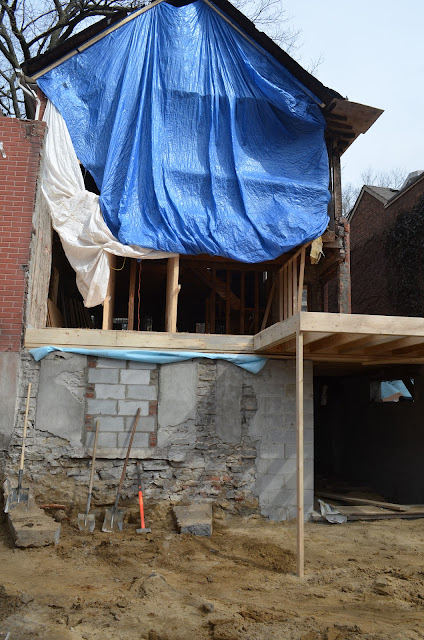 This first floor addition looks so big, but it is actually only 2 feet further out than the original bay window that was there. We took off the bay window on the other side completely to make way for a great big bi-folding door that will eventually lead to a deck.  We had permission to go out 8 feet for the addition but opted to take that back to 6 feet.  Our framer thought I was completely mad!  He had never heard of anyone making the house smaller than the city approved!  But we felt that we would rather have the extra 2 feet in backyard space and didn't want the basement walkout to feel like you were walking into a tunnel.  We love how it's turning out! 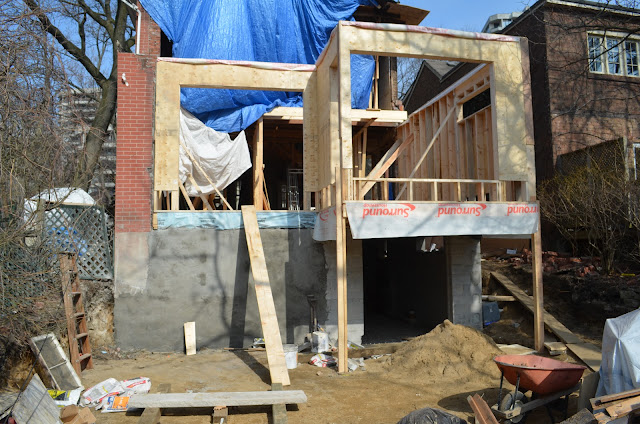 The inside view is even more exciting!  Just look at those giant windows!  I'm loving how that narrow horizontal window is turning out as well.  We'll get plenty of early afternoon sun without losing wall space --we plan to put a TV under it.  I put one of those windows in the basement and second floor design as well.  I really love them! 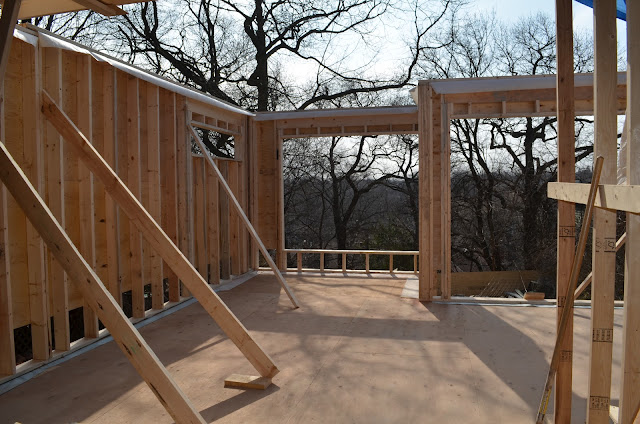 Beautiful view out of that huge 8 ft x 6 1/2 ft window --and the trees don't even have their leaves yet! 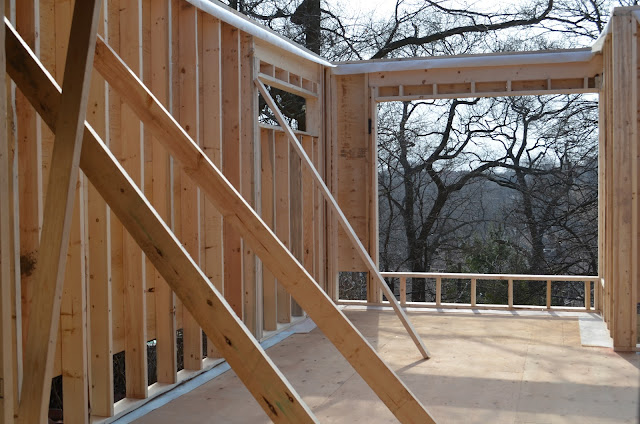 At the front door we found a transom and a side window that had been blocked up.  We would like to open up both but may have to wait on the transom.  The aluminum cladding on the front porch is hanging down below the transom at the moment and we aren't planning on re-building the porch just yet.  But we can do this down the road (now that we know it's there). 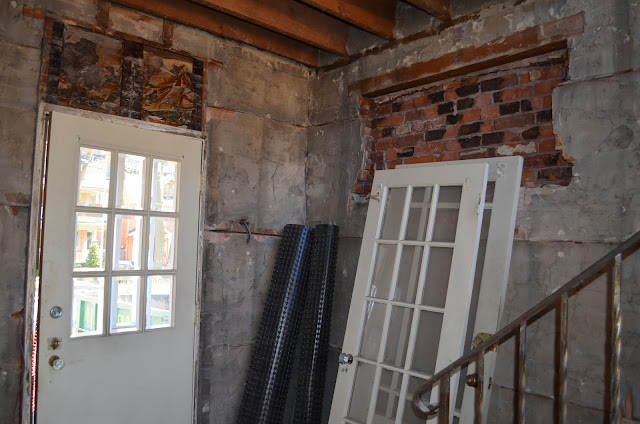 But the side window we can open up, and did!  I especially love the windows on this side of the house because they get so much sun.  You can see the sun in this picture shining away. 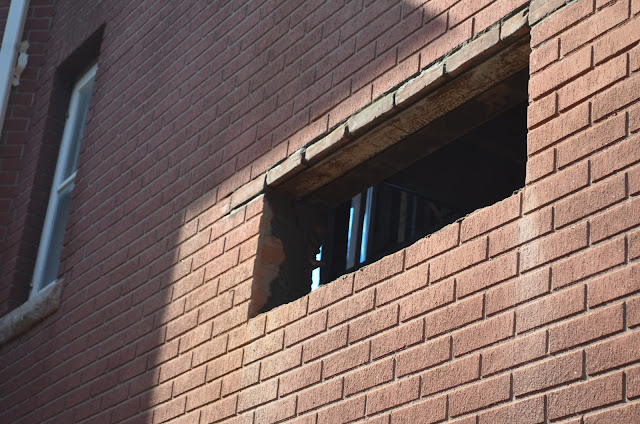 We did change the original shape of it  for two reasons.  I first of all wanted to tie it in to the narrow horizontal windows in the back of the house, and secondly wanted to leave room underneath for a coat rack, or hooks of some sort. 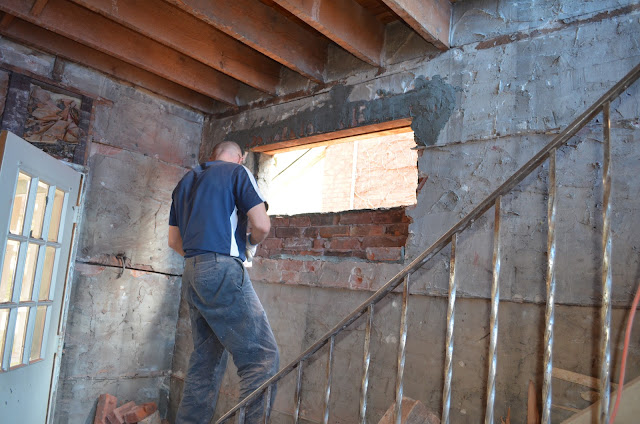 Our great big steel beam has been worked on this week --probably the biggest structural element of the reno!  More on that soon...
Posted by Keira at 18:14