Our dry-stacked stone retaining wall is now complete!
It was a bit of a long haul since Steve couldn't work with the stucco scaffolding in the way for most of August, but it's now done, and it looks awesome!
This is where we started at the end of July. 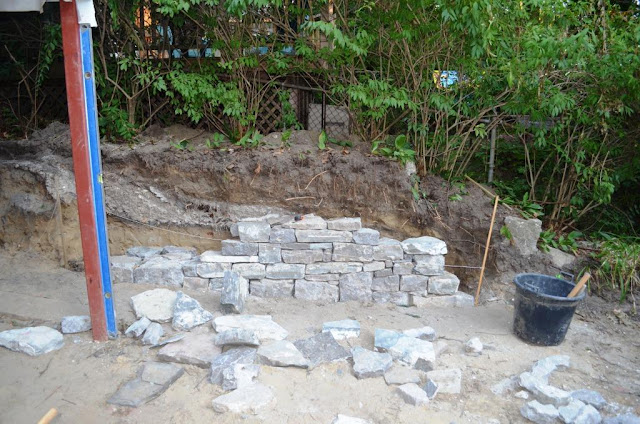 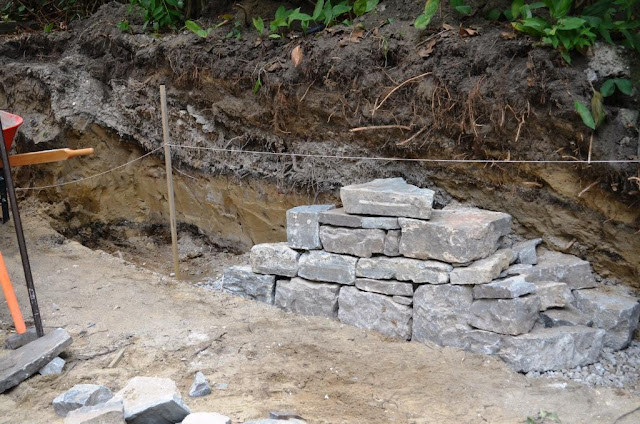 It is quite a process to build one of these walls.  Like a giant (and heavy!) 3D puzzle.
He doesn't use any saws or mortar.  Just a hammer that has a chisel-like end and the stones themselves. 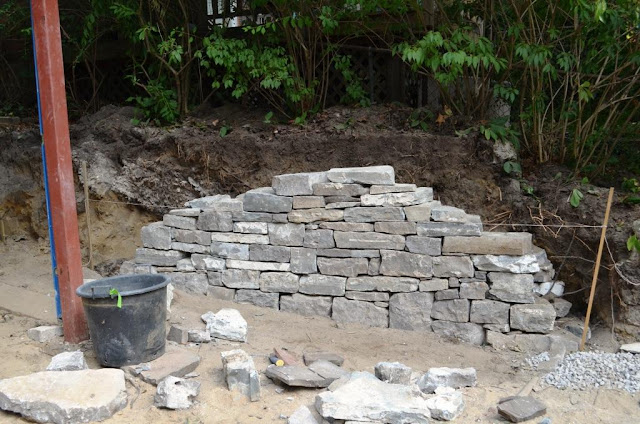 The wall in this section is about 4 feet high and carries on up the slope next to the 8 stone slab stairs. 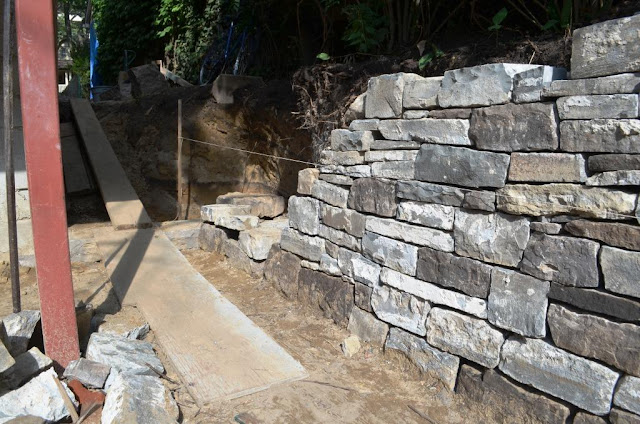 We didn't really have a definite plan for the shape of the wall when we started, although Steve did suggest this jog at the bottom from the beginning. 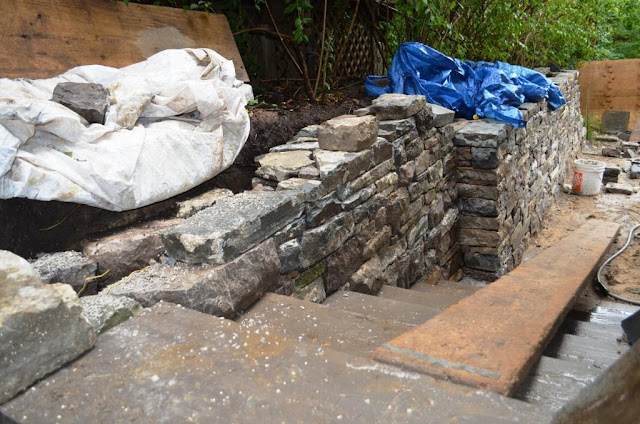 But the idea for the large landing between the first and second step from the top, sort of evolved as we went along. 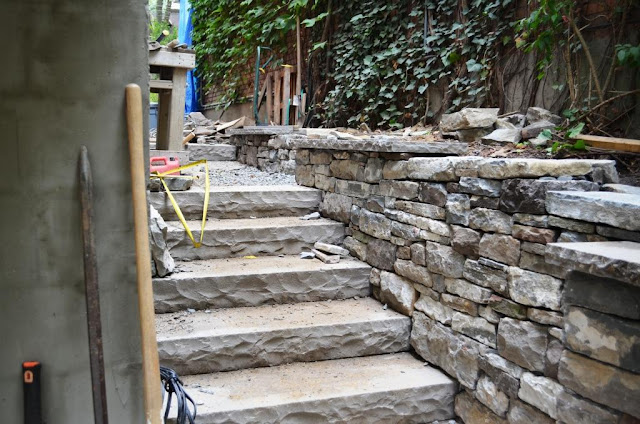 We decided to put these flagstones in the landing which is what I had in mind for the backyard patio and the front entrance inside the house. 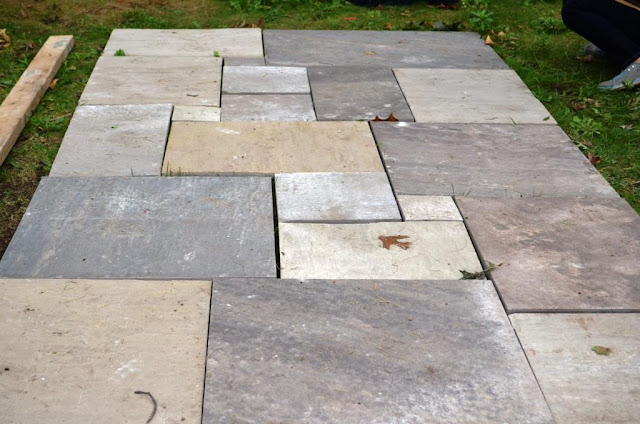 I totally love it.
This second jog in the wall kind of happened when we decided on the flat area as well.  So much better than a long narrow walkway and straight set of stairs.
The next step is to face the cinder block foundation wall in a similar stone.  Should look great! 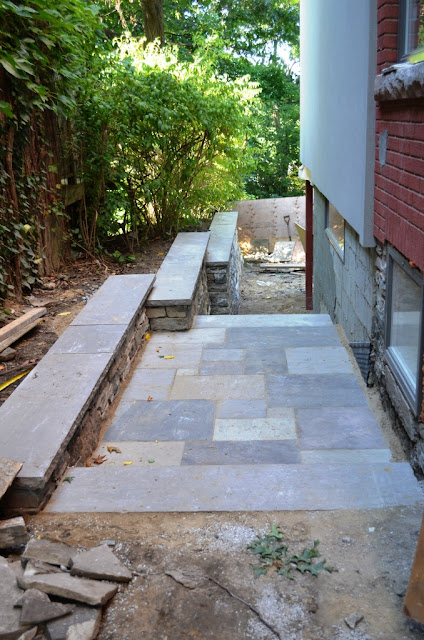 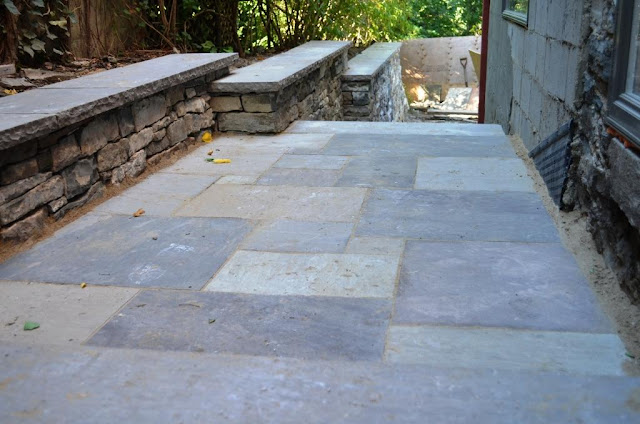 Even better, that most of the stone for this wall was reclaimed from the old foundation walls in the back of the house.
You can still see the old white paint from the basement interior on some of the stones.
Love that. 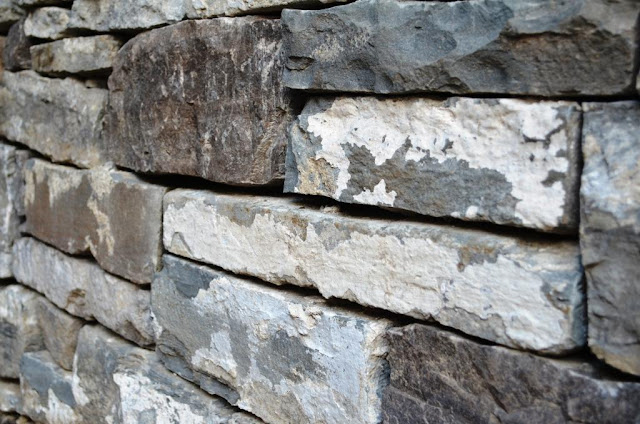 This was the foundation wall when it was coming out earlier this year. 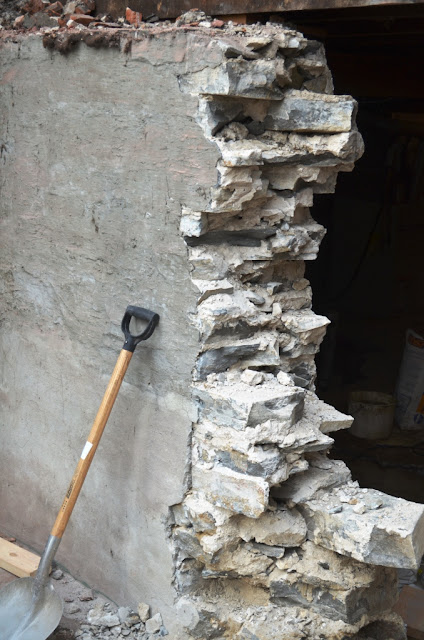 And this was the old back of the house!
We dug out about 3 feet of earth in the back to make room for the basement walk out.  That small stone wall in the right of the picture wasn't going to be enough.
So hard to believe it used to look like this! 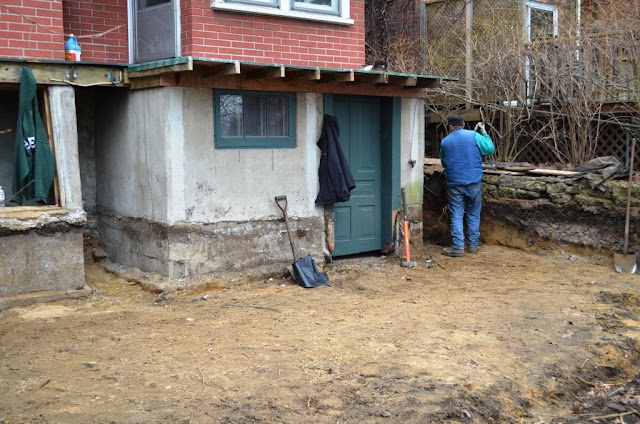 At the bottom end of the wall, we decided to just let the stone fall off into the ravine.  Almost as if it were an ancient castle ruin.  Perfectionists will probably cringe at this idea, but I think it's pretty cool.  I have always been fascinated by all the castle ruins in Scotland and Ireland and this kind of reminds me of that.  It also relates well to the way we want to finish the backyard space in general.  Landscaped at the top with a wild ravine at the bottom. 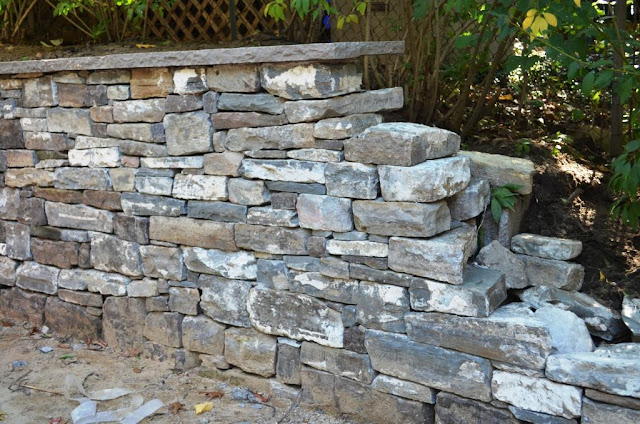