Things have been moving rapidly.  The guys wanted to get the framer and his crew in this week and by gosh, they've done it!  We've got a pile of people and a 7AM delivery of wood expected for tomorrow.  We really have been extremely lucky with the weather being so warm though.  This has allowed the concrete footings, underpinning and mortar joints in the new foundation wall to set.  All of this had to be accomplished for the framer to start his work and we just couldn't have done it with usual Canadian February temperatures -- at least not quickly or easily.
We had one small hiccup that no doubt happened because of all the rushing.  I went over to the house (all sick and coughing still so I wasn't over as often as usual) and saw the nearly finished new foundation wall.  Looks great!  Except there was supposed to be a window in it! 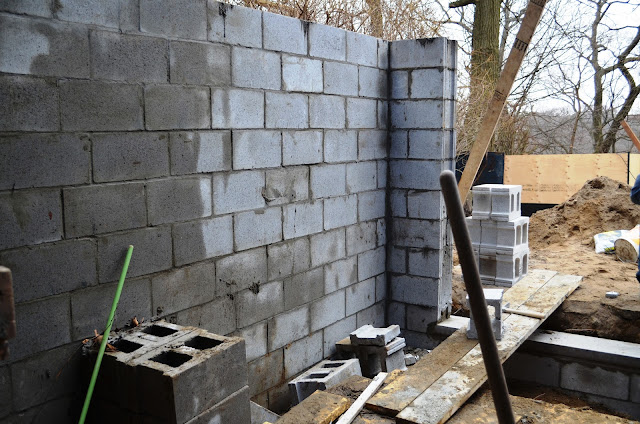 Fortunately the mortar hadn't yet set so they (after a bit of cursing) were able to cut it out fairly easily.  The size was modified a bit but I'm so glad we got it in.  This is the south west corner of the house and it gets quite a bit of sun. 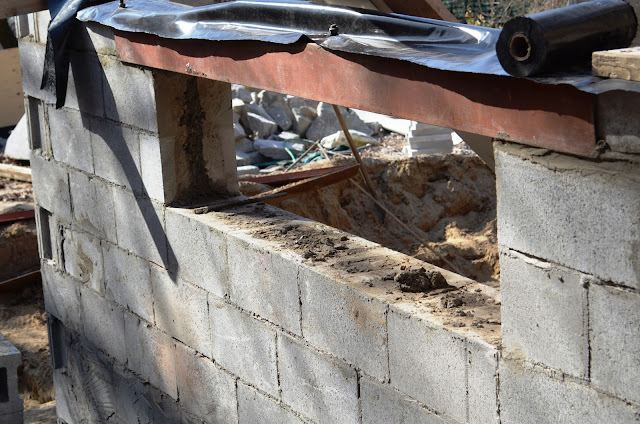 There's my window on the left and the opening for the eventual french door walk out in the middle. 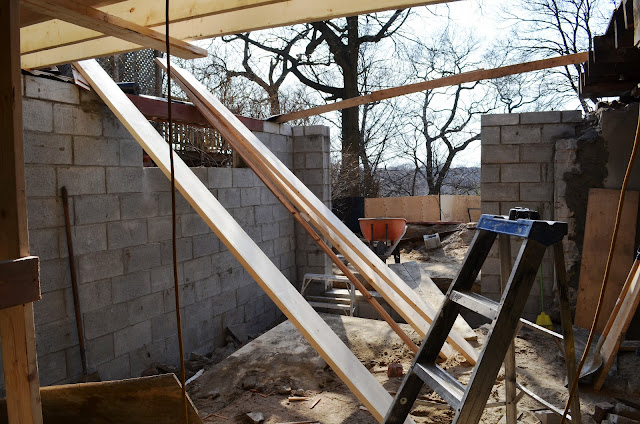 This is the "Oh my gosh, what have we done!!" picture.  But this is the worst it is going to look (I hope!).  Tomorrow it starts to get built back up and hopefully we will start to see it all coming together. 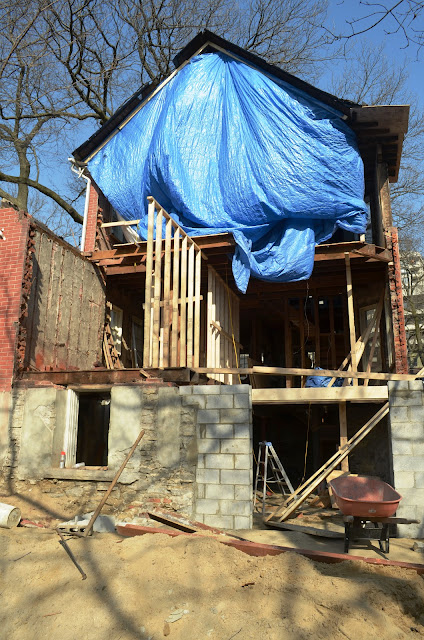