Got the ravine permits!

After long last we finally got the go ahead from Urban Forestry to dig out a section of earth in our backyard.  We were asking to do this so that we could make a basement walkout but were so naively unaware of how much effort, money and time it would all take!  Since our contractors were pretty much just waiting for our permits to come through (really wonderful guys-- we could have easily lost them to another job) they got to work with the digging as soon as we got our notice.
It is this top level of grading that we removed that was previously held back by the stacked stone retaining wall. 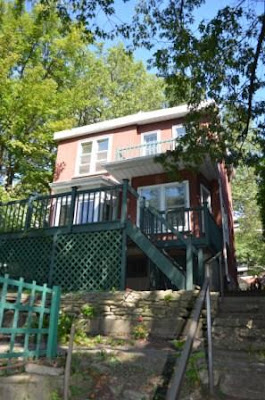 The level of ground just behind the chairs. 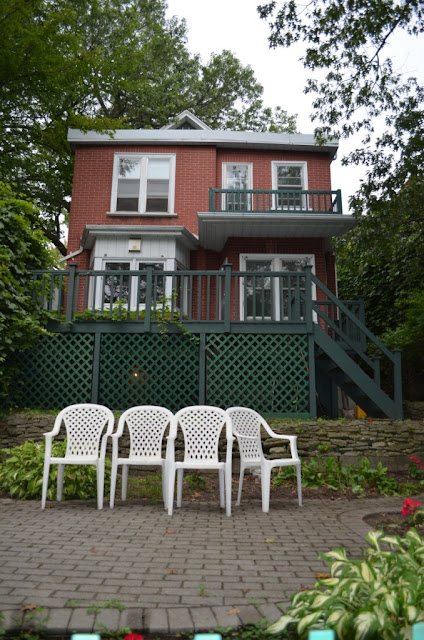 After 2 days of digging and 3 bins, this is what it looks like now.  You can see the door to the basement level (currently an outdoor room) is now on level with the ground.  I can almost imagine it with french doors already! 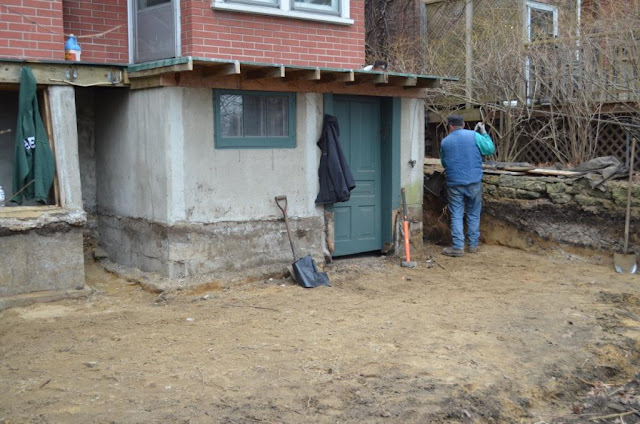 This is the view out from the house.  With the grading now done we have a sizable flat area in the backyard which will be great for a garden and an entertainment area. The plywood wall is tree protection and sediment control.  Beyond the plywood is a fairly steep ravine which we'd like to keep relatively wild. 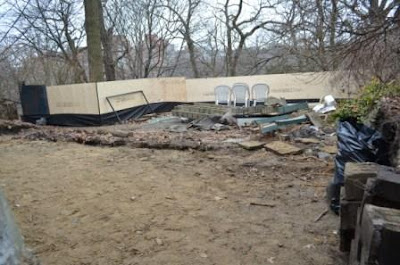 Unfortunately we will have to build the new retaining walls pretty much right away.  This was an expense we were hoping to defer until after the house was done. 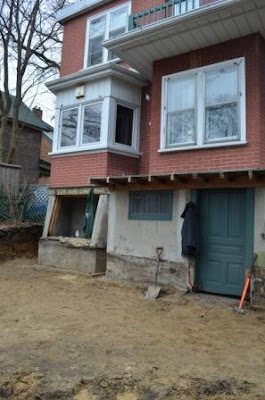 We can't leave it like this though.  It'll just be a disaster after the spring rain. 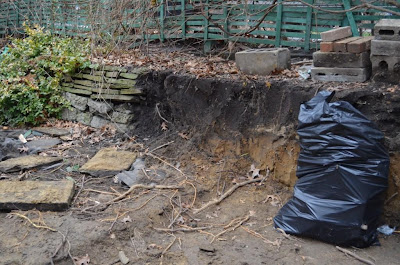 I'm thinking of a dry stacked stone wall at the moment.  Kind of like what is already there but done with bigger stones.  We've got 70 ft. of wall to build and about 5 steps on the opposite side of the house.  Not a cheap project!
Posted by Keira at 16:28