Ducts and the skylight fix-up

As I mentioned last week, the worst part of this renovation so far (although it's a close tie to getting the city permits!) has been our fiasco with the HVAC.  It started with a lousy HVAC design that had to be re-done and hasn't seemed to yet end.
The installers we finally ended up getting have had problems with the new design, and have had to get custom ductwork re-made practically every day.  The job has obviously taken longer than they expected, I understand that, but then Tuesday they showed up for only an hour, and Wednesday and today they haven't turned up at all!  The installers explained that they've been pulled to another job (because those people have been waiting and making a fuss with the company) and that I should call the General Manager about it.  I absolutely did and got them back for tomorrow morning --hopefully until it's done this time!  They're seriously holding up the show!
Once again, the squeaky wheel gets the grease. 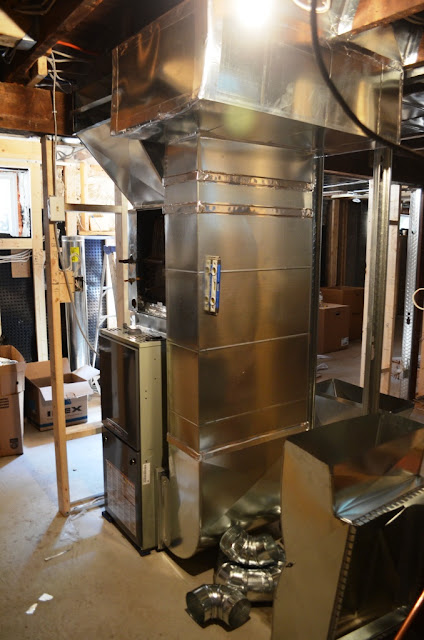 This is the new furnace.  A high efficiency American Standard with a Vanee Gold ERV unit. I'm amazed at how much more compact it is than our current furnace.  It is also much quieter. 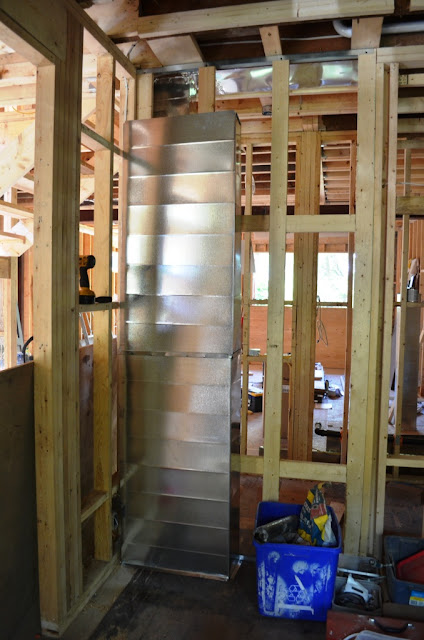 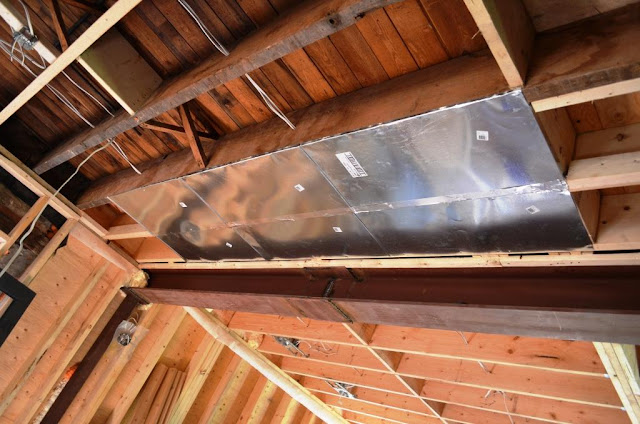 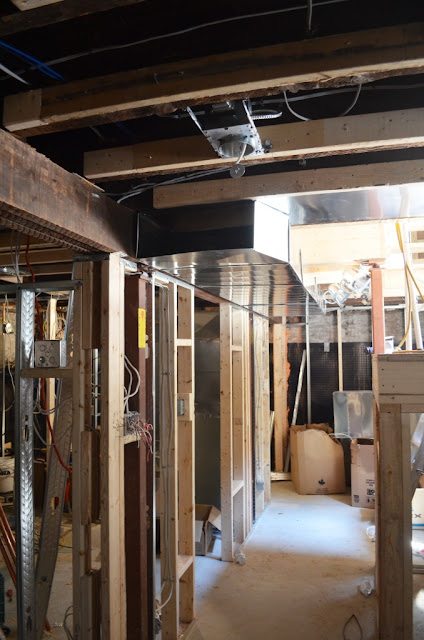 This week we also fixed the 3rd floor skylight.
While we were away in Florida back in April, what was supposed to be a big skylight at the top of the stairwell that could be opened and closed from the main floor for ventilation went in looking like this. 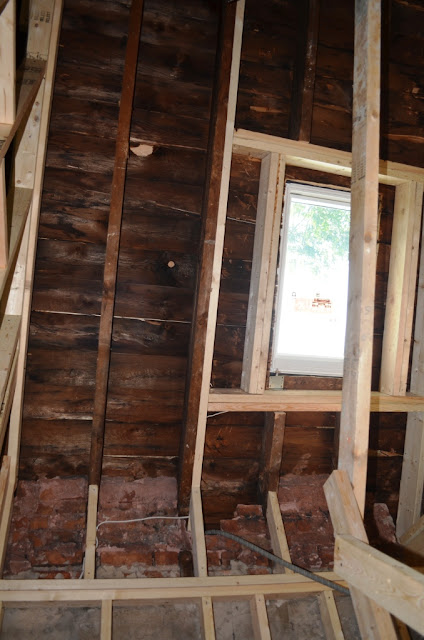 A puny little thing that was tucked away into the corner!  This was not what I had in mind.  This week we tried to fix the problem without replacing the whole thing and re-doing the roof.
This is how it looks now. 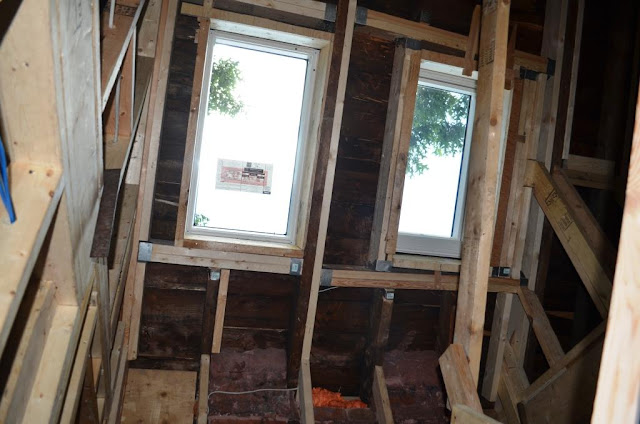 Way better, I think.  At least it looks intentional now. 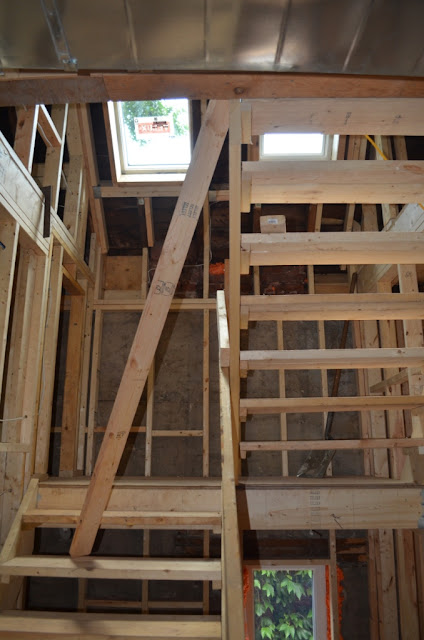