The basement of this house has gotten a lot more attention than I expected.  In fact we originally thought we would leave the basement until after we moved in, but one thing leads to another...  As mentioned in a previous post, we started the whole basement saga by deciding to replace all the old drains.  Always a good move in my mind to take care of all the hidden, functional stuff when it's fairly easy to do so.  But then, after underpinning the north-west corner and rebuilding the south-west corner, we practically had no original concrete floor left.  So we decided to just rip it all out.  By doing this we could gain a few inches of head height and add in-floor hydronic heating.  So that was the new plan.  After all the structural work was done, we leveled the sand and threw down some gravel. 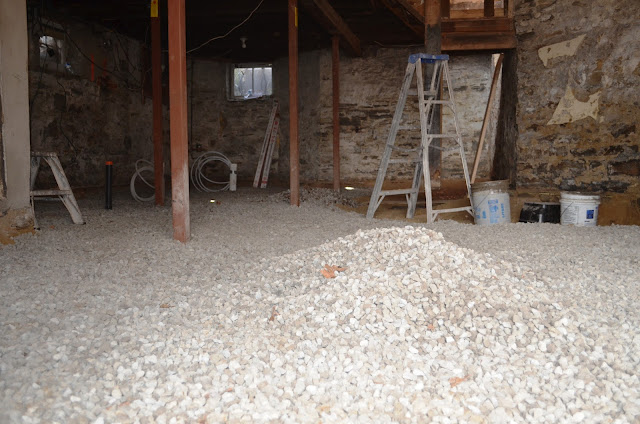 Next we had to lay down a layer of insulation.  This is especially important with the in-floor heating to make sure it doesn't just heat the ground.  Our heating/air-conditioning guy usually uses 2" styrofoam for this step but I was surprised at how expensive it was.  I looked into other options and found a company called Insta-Insulation.  They sell these pieces of recycled garage doors.  They are polyurethane foam between two pieces of fiberglass with an R value of 12.  Seems so much better than styrofoam, no?  But here's the kicker-- they are almost a third the cost and they delivered in one day! 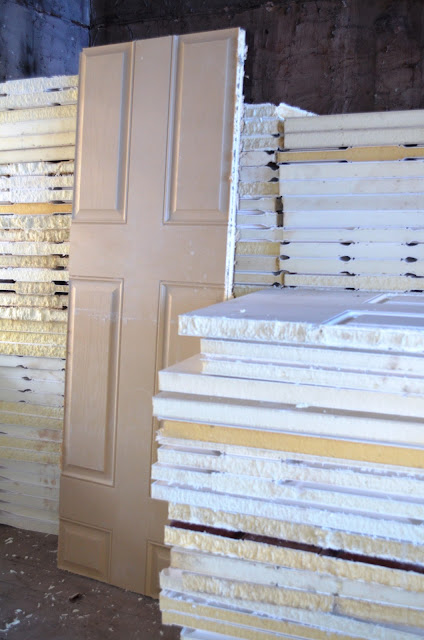 Our heating guy had never used them before but thought they were great.
We fit the insulation in like puzzle pieces and laid a vapour barrier and wire mesh. 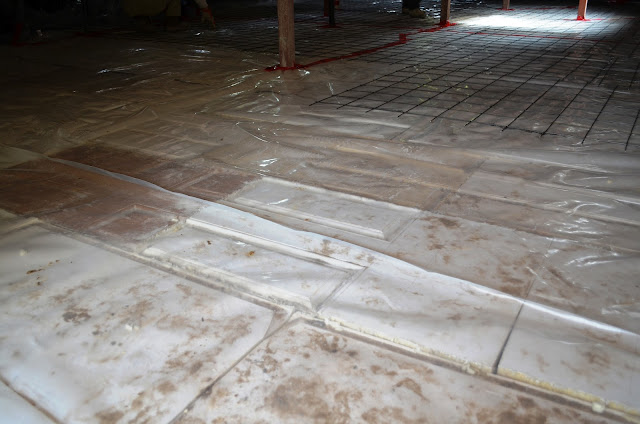 Next came the PEX tubes for the in-floor hydronic heating. 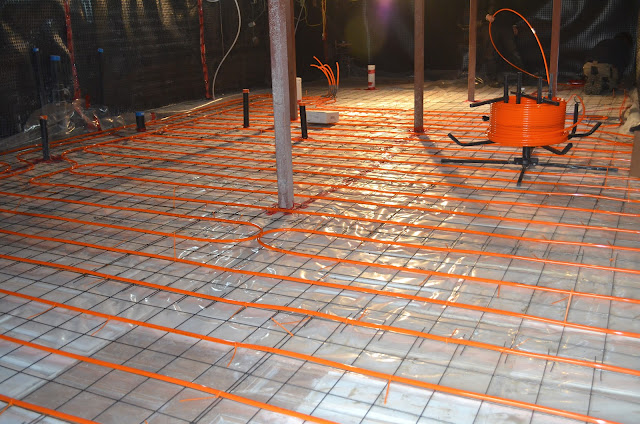 We're not going to bother heating the floor of the furnace room which is why it's bare in that one corner.  And we did decide to stick with forced air for the house so the floor heating in the basement will run off a specialized hot water tank. 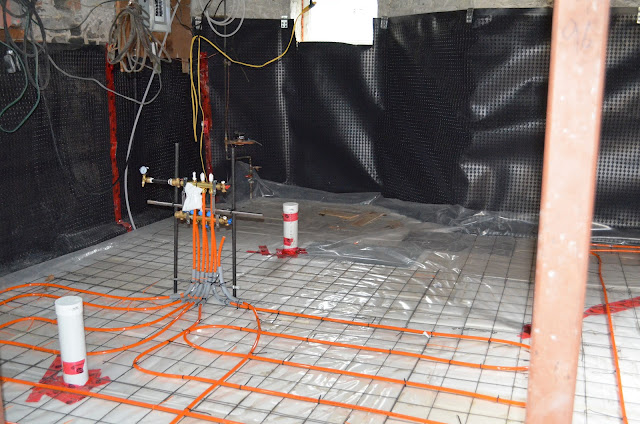 The black stuff on the walls is all damp-proofing.  This is going to be one comfortable basement!  We are now waiting for a rainy day so we can get our concrete guy to pour the floor.  He is apparently bogged with work in a subdivision but says he can't work there in the rain (since that job is open to the elements).  So on the first rainy day, he will squeeze in our little job. 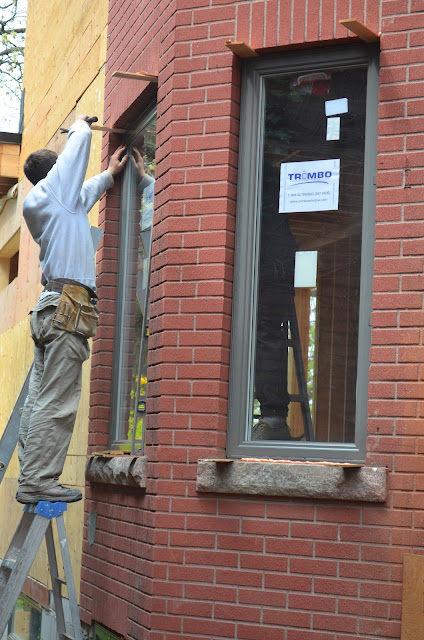 Our other exciting news is that the windows have been delivered!!  What a difference!  We ended up using Trimbo Windows after speaking with 3 other suppliers but these guys deserve a post of their own.  Fantastic company!  I'll be back soon with more pics.